Controversial Sony movie to be air dropped into North Korea 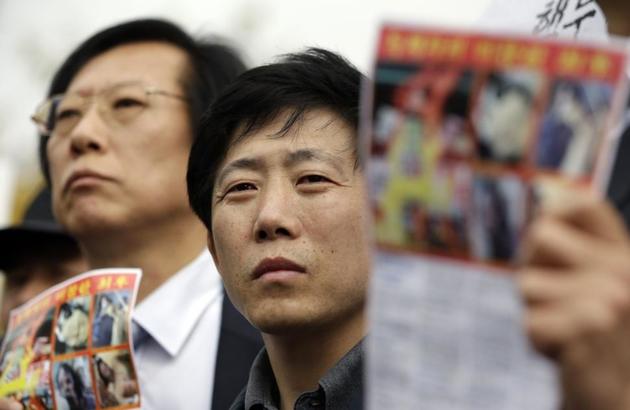 SEOUL - A South Korean activist Wednesday vowed to airdrop thousands of DVDs of the controversial film "The Interview" into North Korea amid a raging debate over the suspects behind the hacking of Sony Pictures before the original release of the raunchy comedy that satirizes dictator Kim Jong-un.

Park Sang-hak, a North Korean defector, said that his move will help in breaking down a personality cult built around the dictator.

He said the he would drop around 100,000 DVDs and USBs with the movie by balloon and this he will start doing as early as late January.

Park said he was partnering with the America-based non-profit Human Rights Foundation for the free movie distribution in North Korea.

Officials from the foundation, he said, would be visiting him Jan 20 to hand over the DVDs and USBs. He said he will then try to float the first batch of the balloons if weather conditions allow.

"North Korea's absolute leadership will crumble if the idolization of leader Kim breaks down," Park said.

He said that the foundation is financing the making of the DVDs and USB memory sticks of the movie with Korean subtitles.

"The Interview", a raunchy comedy depicting the assassination plot against Kim, has been at the heart of a new diplomatic row between the United States and North Korea.

The computer systems of Sony Pictures were hacked in a cyber attack that appeared to be motivated by animosity toward the film.

The US blamed North Korea for the hacking but the reclusive communist nation denied it had schemed the hacking.

But some US cyber experts didn't buy the Federal Bureau of Investigation (FBI) argument that North Korean hackers were responsible for the Sony attack.

CNN citing many experts said that the evidence the FBI has presented to incriminate hackers working for the communist regime is not enough to pin the blame on Pyongyang.

The FBI has said that code in the malware used by a group called "Guardians of Peace" (GoP) in the attack on Sony is similar to code used by North Korea in other attacks.

But that code was leaked a long time ago, they said. Any hacker anywhere in the world could have used it.

Meanwhile a security firm, according to Fox News, claimed that it has evidence that points to a laid-off employee and others for the Sony cyber-breach.

Kurt Stammberger, senior vice president for market development at cyber intelligence firm Norse, told FoxNews.com that his company was turning over "raw data" to the FBI on Tuesday.

He said the company also briefed the FBI for "two or three hours" on Monday during a meeting in St. Louis.

"They were very open" to the new information, Stammberger said.