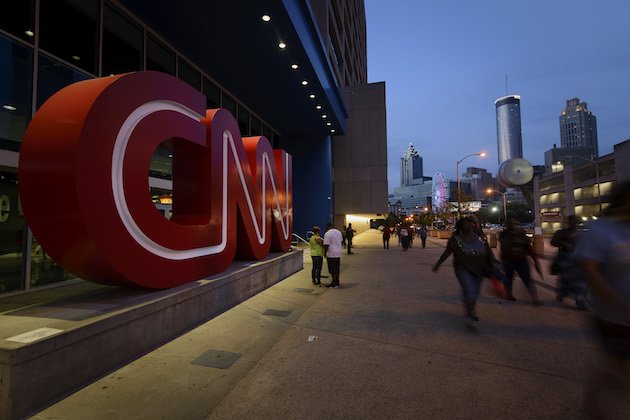 ATLANTA, Georgia - CNN has filed a lawsuit against U.S. President Trump and a number of White House officials, in a bid to have the press credentials of its Chief White House correspondent Jim Acosta reinstated.

Acosta's press pass, known as a Secret Service "hard pass," was taken off him last week after a heated exchange with Mr Trump at a White House press conference.

The lawsuit alleges Acosta and CNN's First and Fifth Amendment rights have been violated by the ban.

The suit was filed in the U.S. District Court in Washington, D.C. on Tuesday. The judge allocated to the case, Judge Timothy J. Kelly, was appointed by Mr. Trump. He has given the defendants until 11:00am Wednesday to file responses to the suit. He has scheduled a hearing for Wednesday at 3:30pm.

CNN and Acosta are named as the plaintiffs in the lawsuit.

"CNN filed a lawsuit against the Trump Administration this morning in DC District Court," a statement from the network released on Tuesday said. "It demands the return of the White House credentials of CNN's Chief White House correspondent, Jim Acosta. The wrongful revocation of these credentials violates CNN and Acosta's First Amendment rights of freedom of the press, and their Fifth Amendment rights to due process. We have asked this court for an immediate restraining order requiring the pass be returned to Jim, and will seek permanent relief as part of this process."

"While the suit is specific to CNN and Acosta, this could have happened to anyone," the CNN statement said. "If left unchallenged, the actions of the White House would create a dangerous chilling effect for any journalist who covers our elected officials."

Acosta found out about the suspension of his credentials when he arrived at the northwest gate of the White House for a live shot last Wednesday night. He was asked to turn over his "hard pass," and leave the grounds.

The Secret Service officer who made the order said, "I was just told to do it."

"We have been advised that CNN has filed a complaint challenging the suspension of Jim Acosta's hard pass. This is just more grandstanding from CNN, and we will vigorously defend against this lawsuit," Sanders said.

"CNN, who has nearly 50 additional hard pass holders, and Mr. Acosta is no more or less special than any other media outlet or reporter with respect to the First Amendment. After Mr. Acosta asked the President two questions, each of which the President answered, he physically refused to surrender a White House microphone to an intern, so that other reporters might ask their questions. This was not the first time this reporter has inappropriately refused to yield to other reporters," the White House press secretary said.

"The White House cannot run an orderly and fair press conference when a reporter acts this way, which is neither appropriate nor professional. The First Amendment is not served when a single reporter, of more than 150 present, attempts to monopolize the floor. If there is no check on this type of behavior it impedes the ability of the President, the White House staff, and members of the media to conduct business," Sanders said.

WHCA President Oliver Knox said the association "strongly supports CNN's goal of seeing their correspondent regain a US Secret Service security credential that the White House should not haven taken away in the first place."

After Acosta's pass was withdrawn last week, the group described the move as "out of line" and "unacceptable."

"We urge the White House to immediately reverse this weak and misguided action," the association said at the time.

SYDNEY, NSW, Australia - Stocks in Asia charged ahead on Tuesday, adding to gains made on Monday."Investors are trying to ...

SYDNEY, Australia - Tokyo and Sydney shares took off on Monday, and while stocks gained in Shanghai and Hong Kong, ...