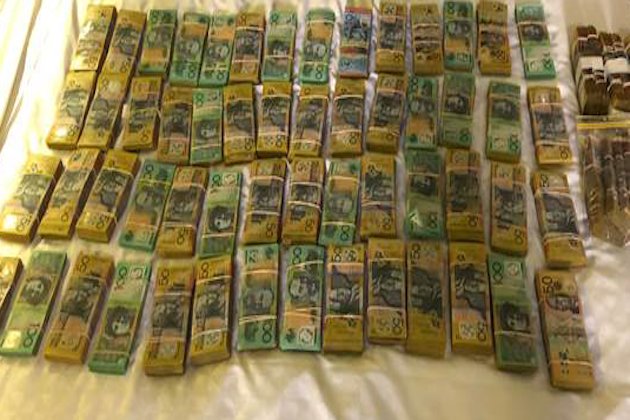 PERTH, Western Australia - An international drug ring operating in the West Australian capital of Perth has been dismantled.

In the process, three men have been arrested and police have seized approximately $650,000 in cash and a kilogram of cocaine.

The drug ring is believed to have been part of an international drug trafficking syndicate.

The Australian Federal Police (investigation began when members of an international drug syndicate were identified allegedly attempting to source 10 kilograms of cocaine to import into Australia.

On Tuesday, the Australian Federal Police with the assistance of Western Australian Police executed search warrants in Silver Sands and Meadow Springs near Mandurah, 72 kilometres south of Perth, arresting three men who police allege are part of the drug syndicate, seizing $650,000 in cash, approximately one kilogram of cocaine with an estimated street value of $375,000, and a number of mobile phones.

The men aged 46, 23 and 26 have been charged with a series of drugs, trafficking money laundering offences. These offences carry a maximum penalty of life imprisonment.

The men appeared and were formally chargewd in the Perth Magistrates Court on Wednesday.

"We are currently assessing evidence collected throughout the investigation and this may lead to further operational activity and arrests," Australian Federal Police Detective Superintendent Timothy Underhill said Wednesday.

"The seizure of such a large quantity of cash has significantly impacted their ability to finance future criminal activity."

"The strength of police to impact organised crime in Western Australia is evidenced in the successful collaboration between the AFP and WA Police and should serve as a considerable deterrent to criminal syndicates," the detective superintendent added.