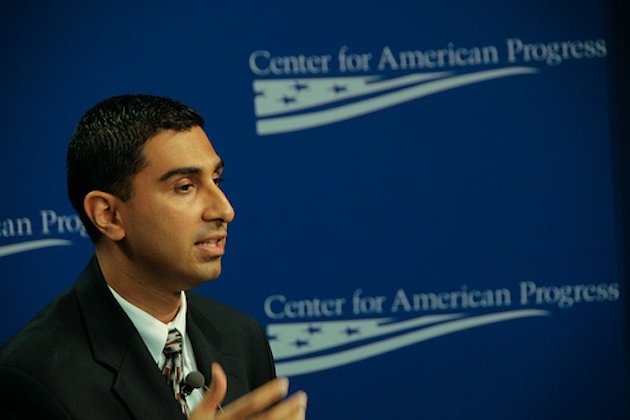 MONTPELIER, Vermont - Soon after announcing he is having another tilt at the presidency, U.S. Senator Bernie Sanders has named a prominent Muslim civil rights lawyer as his campaign manager.

Faiz Shakir, who is a Harvard University and Georgetown University graduate, and is national political director for the American Civil Liberties Union is to head the Vermont lawmaker's 2020 campaign.

Prior to joining the ACLU, Shakir was one of the most senior advisers to former Senate Democratic Leader Harry Reid. He directed policy and communications work for Senator Reid while also coordinating with Democratic members and staffs, key interest groups, and press to organize issue campaigns. Before that, Shakir was Senior Adviser and Director of Digital Media for House Democratic Leader Nancy Pelosi, helping wage key fights on behalf of the LGBT and Muslim American communities.

Shakir also spent seven years at the Center for American Progress, helping the organization establish its identity as a leading progressive think tank in the nation. At CAP, Faiz served as a Vice President for Communications and was a founding member and editor-in-chief of ThinkProgress.org, one of the top political news websites in the United States. He also advised CAP's senior leadership on policy matters ranging from economic and domestic policy to national security and civil rights. He led a major campaign to take on Islamophobia which featured the production of a report titled "Fear, Inc."

Sanders, 77, announced he would be a candidate for the Democratic nomination earlier in the week, joining a crowded field of hopefuls which may yet include former Vice President Joe Biden. Sanders appeared undeterred, noting many of the ideas he has advocated for during his last round, are now mainstream.

"It turns out that many of the ideas that I talked about, that health care is a right, not a privilege, and that we've got to move toward a Medicare-for-all, single-payer system: very, very popular. The idea that we have got to raise the minimum wage to $15 an hour," he has told Vermont Public Radio.

"When I talked about making public colleges and universities tuition-free and lowering student debt, that was another issue that people said was too radical. Well, that's also happening around the country."

Sanders got a huge boost of confidence within 24 hours of announcing he was running in 2020. His campaign received nearly $6 million in donations from some 225,000 voters from acrtoss all 50 of the states.