China Suspends Planned Tariffs Scheduled for Dec. 15 on Some US Goods 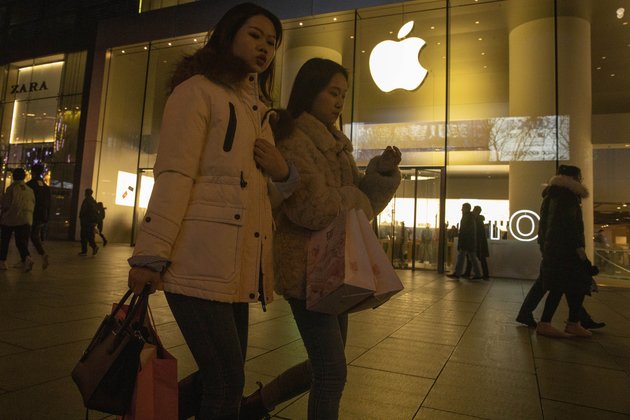 SHANGHAI, CHINA - China has suspended additional tariffs on some U.S. goods that were meant to be implemented on Dec. 15, the State Council's customs tariff commission said on Sunday, after the world's two largest economies agreed a "phase one" trade deal on Friday.

The deal, rumours and leaks over which have gyrated world markets for months, reduces some U.S. tariffs in exchange for what U.S. officials said would be a big jump in Chinese purchases of American farm products and other goods.

China's retaliatory tariffs, which were due to take effect on Dec. 15, were meant to target goods ranging from corn and wheat to U.S. made vehicles and auto parts.

What's In the US-China Trade Deal? Broad outlines are similar to deal in principle announced in October that was dominated by increased Chinese purchases of US agricultural goods

Other Chinese tariffs that had already been implemented on U.S. goods would be left in place, the commission said in a statement issued on the websites of government departments including China's finance ministry.

"China hopes, on the basis of equality and mutual respect, to work with the United States, to properly resolve each other's core concerns and promote the stable development of U.S.-China economic and trade relations," it added.

Beijing has agreed to import at least $200 billion in additional U.S. goods and services over the next two years on top of the amount it purchased in 2017, the top U.S. trade negotiator said Friday.

BEIJING, China - There are currently eleven nuclear power units under construction in China, the largest number of nuclear power ...

SAN JOSE, California - Apple has added a new toggle that addresses privacy concerns around the location tracking feature on ...

DUBAI, UAE - The 800MW third phase of Dubai's solar park will be operational in April, the Dubai Electricity and ...

WASHINGTON, DC - The Pentagon on Thursday awarded more than half-a-billion dollars in defense contracts.With around 0.53 cents in every ...

The San Francisco 49ers are on their way to Miami to face the Kansas City Chiefs in Super Bowl LIV. ...

Grandson of JFK urges Republicans to break ranks with Trump

WASHINGTON - Key players in the impeachment trial of U.S. President Donald Trump and his defense argued sharply Sunday whether ...

ABUJA, Nigeria - The Indian Mission in Nigeria on Sunday said that 20 seafarers who were kidnapped by pirates last ...

Prince Harry and Meghan to cut formal ties with Palace