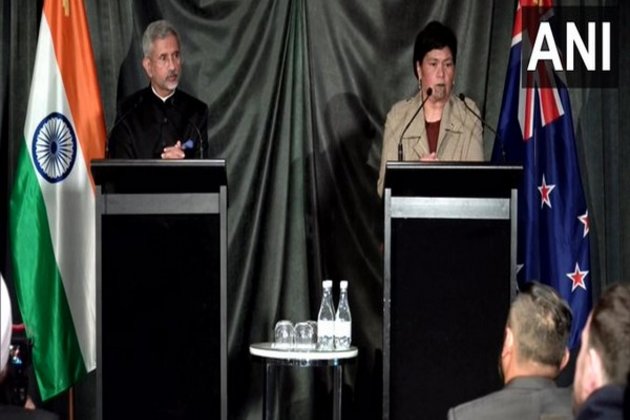 Addressing a joint press conference with New Zealand foreign minister Nanaia Mahuta, Jaishankar said, "A large part of our conversation went to strengthening our bilateral relationship."He said both countries should play to each other strengths and work on areas like business, technology, digital, education, talent and agriculture. "And most of all people-to-people ties, because that is at the heart of both of our societies."Jaishankar said he took up visa issues being faced by Indian students due to Covid-19 measures imposed by the country. The minister said he also requested expeditious visa processing for Indian students who desire to study in New Zealand.

"I asked for the minister's consideration for students who had to go back during the covid period. I urged the situation be treated sympathetically and with fairness," he added.

Answering questions on the ongoing progress of the free trade agreement between the two sides, the minister said the best way of pursuing economic opportunities right now is to encourage more business collaborations.

In one of his tweets, the external affairs minister said he also appreciated the exchange of views on international concerns such as the Indo-Pacific and the Ukraine conflict. He also said India values its working relationship with New Zealand in multilateral forums including the UN and Commonwealth.

This is ongoing visit is Jaishankar's first trip to New Zealand. A day earlier, the EAM had met with the first Indian-origin Minister of New Zealand Priyanca Radhakrishnan.

"Good to meet Minister @priyancanzlp today in Auckland. Thank her for an interactive session with prominent personalities of New Zealand. Committed to furthering our relationship," Jaishankar said in an earlier tweet.

After finishing his New Zealand visit, EAM will be visiting Canberra and Sydney. It will be EAM's second visit to Australia this year, the first being in February 2022 to attend the Quad Foreign Ministers' Meeting in Melbourne.

LONDON, England: As the governments of major economies are funding the development of green fuels to decarbonize, BP chief executive ...