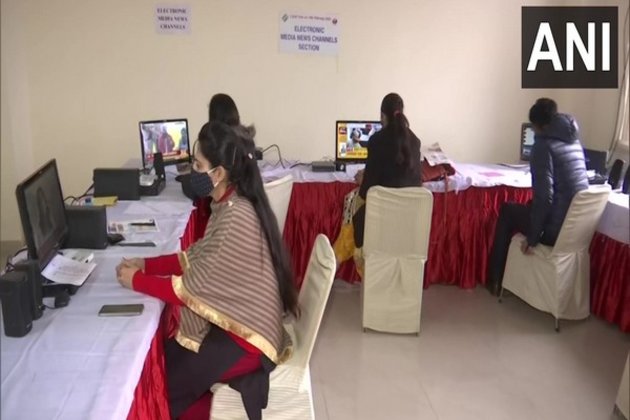 Amritsar (Punjab) [India], January 15 (ANI): The Amritsar district administration has constituted a media certification and monitoring committee (MCMC) to monitor the expenses of candidates on certified ads given in media and social media during the assembly elections in Punjab.

"As per Supreme Court guidelines, a media certification and monitoring cell is made for elections. DC heads the committee. The committee is a team of seven members including SDM and an independent journalist. We monitor and certify ads given in media, social media and issue notice to candidates if the violation of Model Code of Conduct is found," said Saurabh Deep, committee member, Amritsar.

He said that they have subject experts of three--English, Hindi and Punjab.

"We work 24/7 in three shifts. We have a total of 20 working staff here in which we have subject experts for subject experts English, Hindi and Punjab plus Computer specialist," said Deep.

He said that for the advertisement in electronic media, social media, cinema halls, FM radio, it is necessary to get the approval of MCMC. The advertisements in the print media must be approved by the said committee two days before its appearance.

Deep further added that any candidate puts up an advertisement without the written permission of the candidate and without the approval of the committee or violates MCC guidelines then action is taken against them.

The Assembly polls in Punjab are scheduled to take place in a single phase on February 14. The votes will be counted on March 10. (ANI)