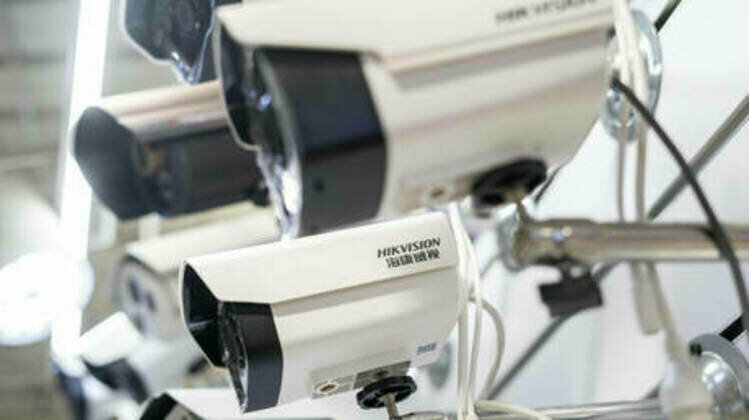 Chinese telecommunications giant Hikvision has rejected the claim that Beijing could use its products for spying, following Britain's decision to restrict the use of its security cameras at government sites.

In a statement to news agencies, Hikvision, the world's biggest CCTV provider, said it was "categorically false" to portray it as a security threat.

"Hikvision is an equipment manufacturer that has no visibility into end users' video data," the company stated, adding that it cannot transmit data to third parties.

The company's equipment is widely used in the UK. According to a 2021 Reuters report, at least half of London boroughs owned cameras made by Hikvision or Dahua, another Chinese telecom giant.

British cabinet office minister Oliver Dowden announced on Thursday that civil servants had been instructed not to install Chinese-made video surveillance equipment at "sensitive sites" or link them with "departmental core networks." He cited security risks, suggesting that Beijing could use the devices for espionage.

The US Federal Communication Commission (FCC), meanwhile, updated its blacklist on Friday, banning the sale or importation of surveillance gear by Hikvision, as well as Huawei, ZTE, Dahua, and Hytera. The FCC also cited national security threats as the reason for the move.

Chinese Foreign Ministry spokeswoman Mao Ning told reporters on Friday that Beijing "always encourages" Chinese companies to follow local and international laws. "We are firmly against some people's moves to deliberately overstretch the concept of national security to wear down Chinese enterprises," she said, promising that Beijing will defend the interests of its businesses overseas.