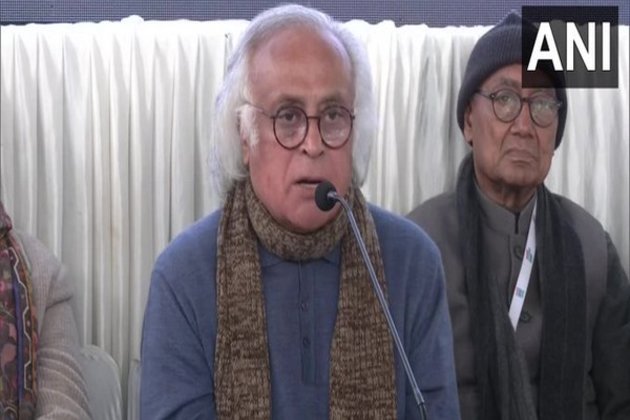 Addressing a press conference in Jammu and Kashmir's Kathua, Ramesh said that the door-to-door canvas of Congress would reach every house in the 10 lakh polling booths of the 6 lakh villages and 2.5 lakh gram panchayats.

"The 'Haath Se Haath Jodo' campaign will be held from January 26 to March 26. The Congress workers will do door-to-door canvassing and will reach out to every single house in 10 lakh polling booths of 6 lakh villages and 2.5 lakh gram panchayats," Congress MP Jairam Ramesh said.

Under the rubric of Haath Se Haath Jodo Abhiyaan, the party aims to cover about 2.5 lakh gram panchayats, 6 lakh villages, and over 10 lakh polling stations to hand over this letter.

Congress leader and general secretary (Communications) Jairam Ramesh in the national capital on January 13 briefed mediapersons about the Bharat Jodo Yatra's follow-up programme Haath Se Haath Jodo, from January 26 to March 26, and said that during the programme party workers will go door-to-door and handover Rahul Gandhi's letter to people.

During the follow-up campaign, the party is mulling distributing Congress leader Rahul Gandhi's letter and a chargesheet, listing failures of the BJP government, among the general public.

On Thursday, Congress leader and Haath Se Haath Jodo Abhiyaan in-charge RC Khuntia said that it would be a "serious matter" if any Congress leader or officer bearer or the MP does not take party in the campaign.

"Haath Se Haath Jodo Abhiyaan is the biggest campaign of Rahul Gandhi and Congress, in such a situation, even after getting information about the campaign, if any Congress leader, office bearer or MP does not participate in it, then it will be a serious matter," RC Khuntia said during a review meeting held at Rajasthan Urban Development Minister Shanti Kumar Dhariwal's residence in Jaipur.

He further added that during the campaign, every worker and office bearer of the Congress will go door of the electorate of the area and inform them about the schemes of the State government and the ideology of the Congress.

He said that the message which was given to the common people during the Bharat Jodo Yatra will now be taken to every house under the Haath Se Haath Jodo Abhiyaan.

CM Sukhu asked the party workers to orchestrate strategies for Abhiyan's advertising, involving print and electronic media in its promotion, including creating Whatsapp groups at the village level. (ANI)